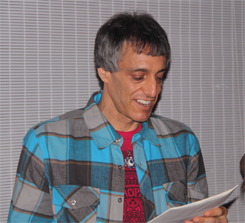 David Jay Brown is the author of Dreaming Wide Awake: Lucid Dreaming, Shamanic Healing and Psychedelics, and The New Science of Psychedelics: At the Nexus of Culture, Consciousness, and Spirituality. He is the coauthor of six bestselling volumes of interviews with leading-edge thinkers, including Mavericks of the Mind and Frontiers of Psychedelic Consciousness. His work has appeared in numerous magazines, including Wired, Discover, and Scientific American. Brown was voted “Best Writer” in the annual Good Times and Santa Cruz Weekly’s “Best of Santa Cruz” polls, and his news stories have been picked up by The Huffington Post and CBS News.